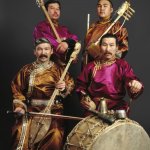 International Platonov Arts Festival, named after the greatest Russian writer of the twentieth century Andrey Platonov, has been held in Voronezh since June 2011. Created under the direct patronage of the Governor of Voronezh Region Alexey Gordeev, the festival has become the major cultural project in the region and one of the dynamically developing multidiscipline festivals in Russia. It provides a unique opportunity to residents of Voronezh and of the surrounding areas to enjoy the outstanding creative achievements in various art forms. It is a bright new stage in the development of culture of Voronezh region, which is intended to approve Voronezh as one of the leading centers of the Russian culture.

On the official Day of Russia the most famous internationally acknowledged ethno-music band of the former Soviet Union, throat singers of Tuva, perform in Voronezh.
The republic Tuva as a part of Russian Federation is located in southern Siberia and borders on Altai and Mongolia, Forests, mountains, and steppe make up a large part of the geography.
The members of Huun-Huur-Tu and other Tuvan throat singers can produce more than one pitch simultaneously while singing. No one in the rest of the world is entirely sure how they do it, but most Tuvans learn the skill as children. It involves singing one tone normally while amplifying the tone’s harmonics—the quieter, higher tones that are part of any sounding pitch (heard, for example, when the lip of a bottle is blown hard)—with manipulations of the larynx, lips, tongue, jaw, and soft palate.
Huun-Huur-Tu’s members can even produce short melodies in one “voice” along with single notes.
The Tuvan acoustic quartet Huun Huur Tu proves that Tuvan music can take plenty of intelligent innovation. Using traditional instruments and drawing subtly on 20th-century composers, funky rhythms, and the palette of electronica, Huun Huur Tu transform ancient songs into complex acoustic compositions.
Since 1993 the group made repeated tours of the United States and also performed in Europe, Japan, and (in 1999) Australia. 2000 the band performed life in the opening and closing of the BBC Life Music festival. 2012 the band was nominated to the BBC World Music Award.

“A single voice can sound like three, and the overlapping tones are almost deceptive in their depth and complexity, creating the illusion that there is actually more going on than first meets the ear. This is not particularly uptempo music, but it is intensely spiritual.”
THE CHICAGO TRIBUNE
“The Tuvans will ride into your brain and leave hoofprints up and down your spine.”
THE SAN FRANCISCO BAY GUARDIAN
“A rustic joyousness and unadulterated expressiveness come out of these musicians.”
JAZZ TIMES
“The members of Huun-Huur-Tu are perhaps the best known practitioners (of throat singing) and accompany themselves on all manner of strange and wonderful instruments… The resulting sound is as compelling as a wild gallop across the steppes.”
THE OREGONIAN (Portland) 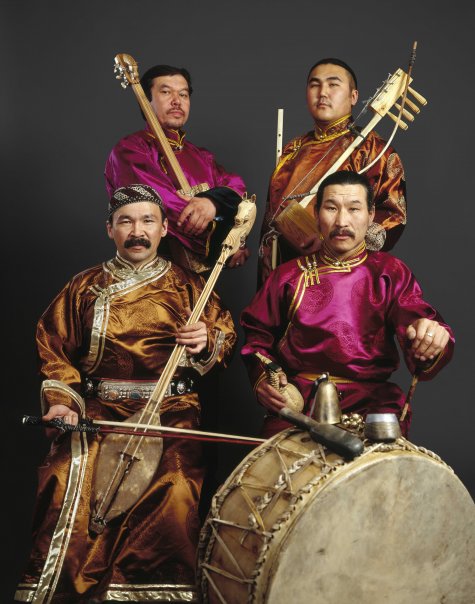 I am on SoundCloud